On Saturday, I took up my new post as President of the Yorkshire region for the Professional Speaking Association (PSA)

Below is the press release about this exciting occasion

Speaking up for Women in Yorkshire and UK-wide

On Saturday 18th October, Frederika Roberts took over from Lee Jackson as President for the Yorkshire region of the PSA (Professional Speaking Association).

The PSA is bucking the trend when it comes to women in senior leadership roles.  Three of the PSA’s 12 regions have female Presidents and overall 7 women are in leadership roles within the PSA regions.   From October 2013 to October 2014, the PSA had an overall joint Presidency, held by two formidable women:  Eilidh Milnes and Jane Gunn.   29% PSA Board members are women; the figure stood at 38% until one Board member resigned last week due to relocating to the USA. The annual PSA ‘MEGA’ Conference held in London 10-11th October this year was headlined by the world-renowned British ex-pat speaker and speech coach Patricia Fripp CSP CPAE.  Three of the five ‘Speaker Factor‘ finalists at the ‘MEGA’ conference this year were women and the winner was Claire Carpenter.

Compare the figures above to the figures quoted by ‘The 30% Club’, which aims to see 30% women on FTSE-100 boards by the end 2015:  Though the percentage of women in senior leadership positions in the UK is rising, it currently stands at 22.8%.  PSA women are leading the way.

Immediate Past President for the PSA Yorkshire Region, Lee Jackson, says “After six years of male Presidents we weren’t looking for a female President. We were simply looking for the best person for the job; Frederika was that person. Her gender didn’t even enter into it.  Gender is not relevant to leadership skills; character is.”

Frederika agrees “I don’t believe women should be promoted to senior leadership positions because of their gender. I do, however, believe there are far more highly capable women out there than general trends for female/male ratios in senior leadership roles would indicate.  It is great to see that the PSA bucks this trend and that the proportion of women in PSA leadership roles reflects the proportion of female members in the Association.  Hopefully we can inspire more women to overcome real or imagined barriers to progression in their own industries by doing what we do best – speaking to inspire action and ultimately create change.”

The PSA is a professional organisation devoted to helping its members ‘speak more and speak better’.  It is one 11 independent speaker associations representing 13 nations and individuals from over 20 countries within the Global Speakers Federation, headed up by President and Executive Council Chair Lenora Billings-Harris, CSP.

The PSA (Professional Speaking Association) is for anyone involved in the world of speaking professionally, whether they get paid to speak at conferences, or run workshops or are employed by a company and presenting is a significant part of their job. www.thepsa.co.uk

There are two national annual conferences, ‘MEGA’ in October and ‘Live’ in April and each of the 12 regions hold monthly meetings to support members up across the UK and Ireland.

Frederika Roberts was a finalist in last year’s PSA ‘Speaker Factor’ competition.   She was voted ‘Guest Speaker of the Year’ at The Network Foundation’s 2013 South Yorkshire Business Awards and is shortlisted for the same Award this year (winner will be announced at the Gala Dinner on 7th November). 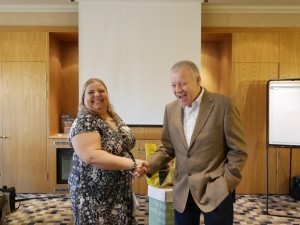 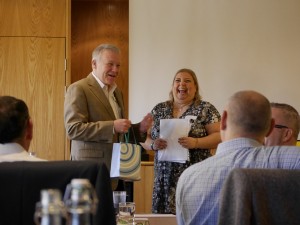